Posted on May 5, 2016 by Arthur Murray Woodbridge

Jodie and Keo danced a Quickstep to “Once In My Life” by Stevie Wonder and it was good. I felt it was frantic even though it had energy. They lost body contact here and there and had some poor foot work. She was in the character of the dance and she looked like she was enjoying it. They scored 8,9,9 totalling 26.

Kim and Sasha danced Samba to “ABC” by the Jackson Five and it was very good. There was a lot of content in the dance, however she lacked foot technique because they put her in runners.  She was in character from start to finish and kept up with the energy of the dance.  They scored 9,9,9 totalling 27.

Nyle and Peta danced a Foxtrot to “Beautiful Day” by U2 and it was very good. I felt the feeling of the dance through their choreography.  He had problems with some foot technique and his frame occasionally drooped. Otherwise, it was well danced. They scored 10,9,9 totalling 28.

Antonio and Sharna danced a Tango to “Paint It, Black” by The Rolling Stones and it was good. I felt his shoulders were occasionally in his ears and his foot work was sometimes poor. His body position in promenade was incorrect. They scored 8,8,8 totalling 24. 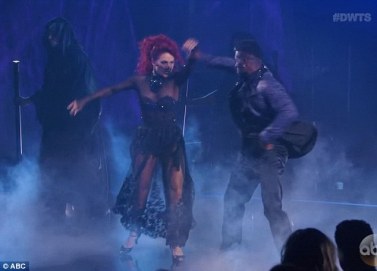 Wanya and Lindsay danced a Foxtrot to “I Say A Little Prayer” by Aretha Franklin and it was so beautiful it gave me goose bumps. I was transformed into the moment. Great choreography. He needs to work on his frame and keeping his shoulders down. I loved it a lot. They scored 9,9,9 totalling 27. 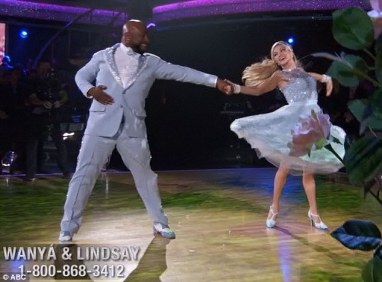 Ginger and Val danced a Viennese Waltz to “I Have Nothing” by Whitney Houston and it was very good. I loved her lines- she looked so delicate, graceful and elegant. She was in character the whole time. They scored 10,10,10 totalling 30. 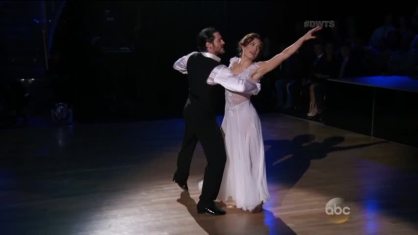 Von and Witney danced a Salsa to “Little Less Conversation” by Elvis Presley and it was very good. I loved it. It was sassy and cheeky. He gave it all he had and shook all he had. It needed the transition between movements to be smoothed out and he needed to work on his technique. They scored 8,8,8 totalling 24.

Paige and Mark danced a Jive to “Proud Mary” by Tina Turner and it was awesome. That was one super fast Jive and she for the most part kept up with the speed. It was amazing choreography. It had everything in it. It was electrifying! I loved it!!!! They scored 10,10,10 totalling 30! 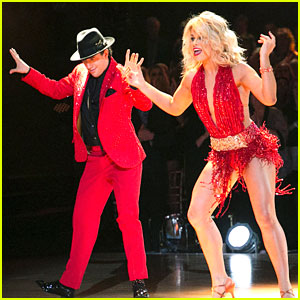 Boys Team danced to James Brown and it was very good. There was a lot going on but well done. They scored 9,9,10 totalling 28.

Girls Team danced to Beyoncé and it was very good but it looked a little scattered. They had a wardrobe malfunction. They scored 8,8,9 totalling 25. 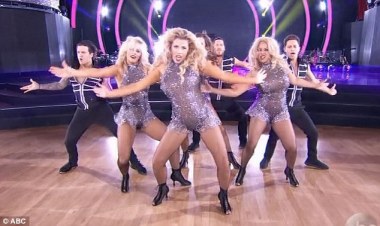