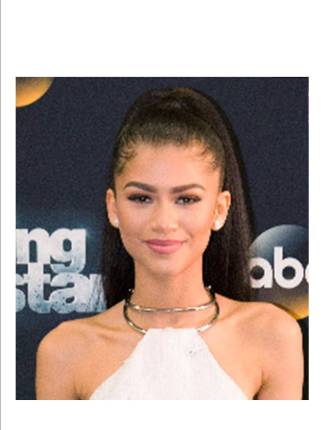 I usually don’t talk about the opening number but tonight’s was special because both Mickey and Minnie Mouse were there dressed in white, dancing. I have a soft spot for Disney.

Antonio and Sharna chose Aladdin. They danced a Jazz Routine to “Friend Like  Me” by Robin Williams and it was good. It was clean and crisp. It was simple and he was able to keep up. They scored 9,8,9,9 totalling 35.

Marla and Tony chose The Little Mermaid. They danced a Waltz to “Part Of Your World” by Jody Benson and  it was ok. It was a cute routine but it had a lift in it. Her free spin lost balance. She needs to work on her top line. She did however have elegance, grace and softness. They scored 7,7,7,7 totalling 28.

Nyle and Peta chose Tarzan. They danced a Samba to “Trashing the Camp” by Phil Collins and it was amazing. I loved it! He moved so well. He had ticking action, rib action and bounce. It was a cheeky routine, perfect for him. He needs to work on some foot technique…a little hard with no dance shoes on. They scored 8,8,9,9 totalling 34.

Doug and Karina chose Mary Poppins. They danced a Jazz Routine to “Just a Spoonful of Sugar” by Julie Andrews and it was good. For a non dancer he did pretty good. The character itself was goofy and his awkwardness went on a little more than necessary. But it wasn’t bad. They scored 6,6,6,6 totalling 24.

Kim and Sasha chose The Jungle Book. They danced a Quickstep to “I Wan’na Be Like You” by Louis Prima and Phil Harris and it was good. Her top line had nice shape but it looked a little heavy. Her footwork was a little messy but it had great energy. I did not care for her colour of skirt- not flattering on her whatsoever. They scored 8,8,8,8 totalling 32.

Jodie and Keo chose Zootopia. They danced a ChaCha to “Try Everything” by Shakira and it was good. She is still new and needed more of the routine in dance hold. She lost herself in the routine and it was hard to get back on track. I don’t usually write what the judges say but this was way too funny not to mention. From our dear Judge Len in his British accent, “It’s like a pimple on your nose. You hope nobody notices, but they always do.” They scored 7,6,7,7 totalling 27.

Von and Witney chose Cinderella. They danced a Viennese Waltz to “A Dream is a Wish Your Heart Makes” by Ilene Woods and it was very good. It was very elegant and sophisticated. He needs to work on his footwork, however his top line was very good. He was all in with character. They scored 8,8,8,8 totalling 32. 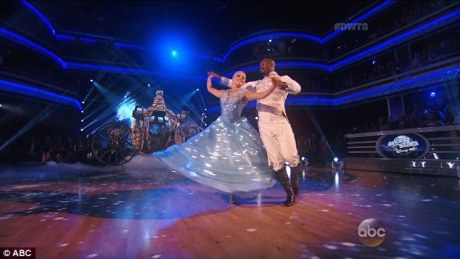 Ginger and Val chose Beauty and Beast. They danced a Foxtrot to “Belle (Bonjour)”  by Beauty and the Beast Cast and it was good. She portrayed her character very well. She had a very good topline but her frame was too stiff. It looked more like tango. They scored 9,9,9,9 totalling 36.

Wanya and Lindsay chose The Lion King. They danced a Samba to “Circle of Life” by Carmen Twillie and Lebo M and it was amazing. What a great routine, I didn’t want it to end. Great dancing but it needed more hip action. It had ticking action and bounce. He was all in, committed in character and energy. They scored 8,9,9,9 totalling 35. 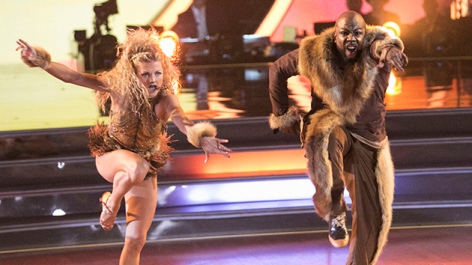 Paige and Mark chose Toy Story. They danced a Quickstep to “You Got a Friend in me” by Randy Newman and it was very good. She danced it well. It was fast and elegant. She kept up her energy through out the routine. They scored 9,9,9,9 totalling 36. 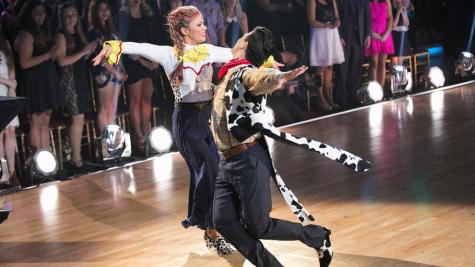 Leaving the show tonight is:

Don’t just sit at home and watch….REGISTER TODAY & learn to dance just like your favorite Star on Dancing with the Stars!!